The Story of the Red "Buddy Poppy”

It all started in war-devastated France in World War I. On November 11th, 1918 at 11:00 a.m. (Paris time) the final shot was fired in World War 1. The red poppy growing in Flanders Fields memorialized the deaths of American and Allied soldiers. 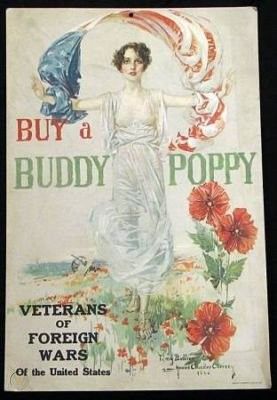 In April of 1919, the "Poppy Lady,”( Madame Anna E Guérin, founder of the American and French Children’s League) as she was now known, arrived in the United States. She turned to the VFW in May 1922, and they conducted the first nationwide distribution of the poppies. In August 1922, they adopted the poppy as the official memorial flower of the VFW. The need for more poppies to distribute in 1923 started a business in which disabled and needy American veterans made and assembled the poppies in Pittsburgh, Pennsylvania. In remembrance of their buddies who never came back from the war, they started calling them, "Buddy Poppy” and the name stuck. 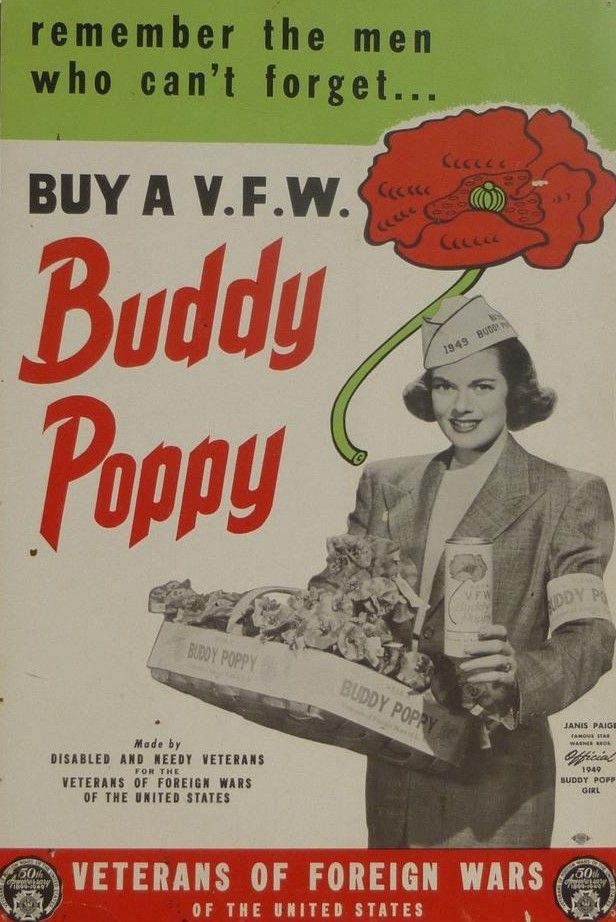 In February 1924, it was registered at the U.S. Patent Office. The VFW has made this trademark a guarantee that all poppies bearing that name, and the VFW label, are the work of bona fide disabled and in-need veterans. They are assembled in 11 locations throughout our nation. The funds raised benefit the VFW National Home and other veteran programs for the well being of our servicemen and servicewomen of all branches. Funds are also used for their dependents, widows and orphans of deceased veterans. 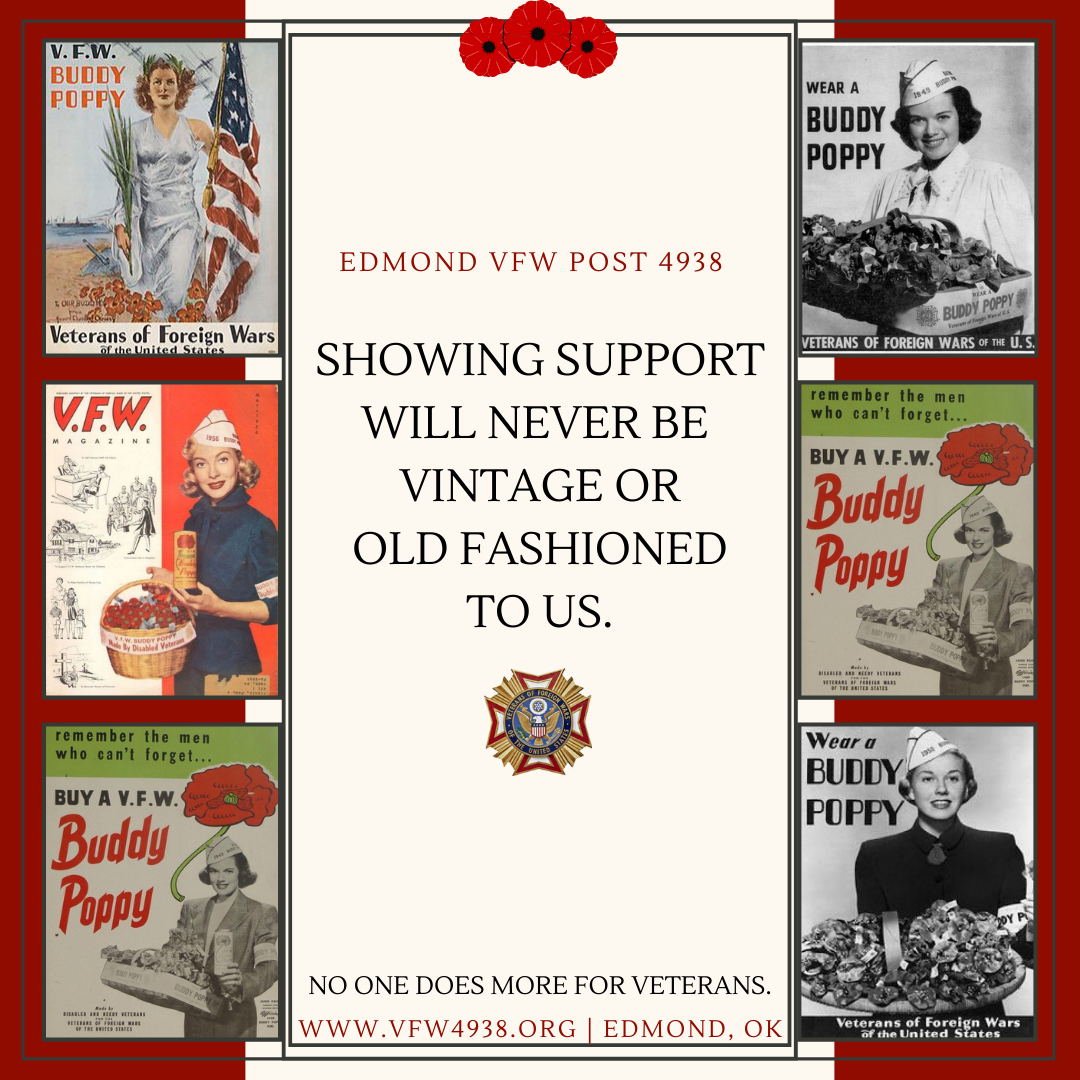 Today, with help from VFW’s and their members, that "Little Red Flower” continues to benefit the needy, just as the Poppy Lady believed it was capable of doing so many years ago. Annually, posts and auxiliaries — mostly around Veterans Day and Memorial Day — distribute some 14 million Buddy Poppies, but they are available at your local VFW posts year-round. They are handed out free in the memory of our heroes; donations are encouraged, appreciated and welcomed to continue the worthy cause. Let’s never forget their sacrifices. 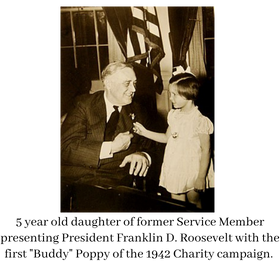 A poem titled "In Flanders Fields” by Colonel John McCrae describes the scene of the time of war and the emotions of its actions, and honors those who paid the ultimate price to protect our freedoms. The Buddy Poppy Program has helped the Veterans of Foreign Wars live up to its motto, "to honor the dead by helping the living.” So next time, you see a Veteran handing out poppies, donate a few dollars to the cause, thank them and shake their hand. 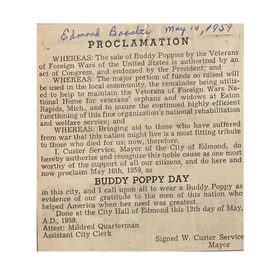 DONATE TO THE VFW

Our programs support our service members while they are on the front line, as they are being discharged and long after they return. Your tax-deductible donation will be immediately directed to the VFW programs where your support is most urgently needed.

Join us as brothers and sisters of America to preserve the rights of veterans and support each other as only those who share in the camaraderie forged by conflict can.

Our monthly meeting is the first Thursday of the month at 7pm in the Downtown Edmond Community Center (28 East Main Street, Room #207).
Weekly coffee every Friday 8am - 10am held at Around the Corner Diner 11 S Broadway
Service officer is available for appointments Tuesdays from 10am to 2 pm at the Hope Center of Edmond Please schedule you appointment ahead of time by emailing VSO@VFW4938.org